Shadowboxing is one of the most under-appreciated means a student can use to improve their fighting skills. Most often it us used as part of a warm-up, and rightly so. Students can move at their own pace and choose any moves they want, simulating any movements needed in a fight or in the upcoming class. To get the most out of shadowboxing, try approaching with the idea that it can be much more than a warm-up, and can significantly improve your movement and fighting skills.

No one is telling you exactly what to do and you have no opponent. Managing yourself and your movements allows you to experiment and be honest with yourself. Don’t worry about looking awkward or hesitant, just mentally stay within yourself, and use imagination to experiment with various situations and sequences of movement. When you become comfortable with more movement sequences, the more smooth you become, and the more easily you can recall and rely on them in an actual fight.

Under stress, movement becomes restricted and tighter, and it is likely that the stress will interfere with the feedback loop between your mind and body. At these times it is most helpful to have good muscle memory, so that you can perform effectively even while stressed. It is also helpful to be able to remain focused on the task at hand; ie. survival, and continue to send commands to your body with the expectation that these commands will be fulfilled capably. Shadowboxing helps keep the mind focused and movements can be tried that over time become forged into new and improved muscle memory.

Here are some examples of how to use realistic movements in shadowboxing. There are several scenarios of movement you can expect to see play out in a fight. I’ve chosen 4 of them.

The only other one is following and striking an opponent who is going straight back, and you should work on this also but it is probably the easiest.

Using an “X” on the floor, you can set up and play out all of these scenarios of movement. Don’t forget to use a variety of evasive and defensive movements mixed together with combatives. Give yourself the freedom to be creative, use correct footwork and posture, and resolve sticking points in your capabilities. Focus on the task at hand. The more often you train like this, the more you can expect these results to carry over into your fighting ability. 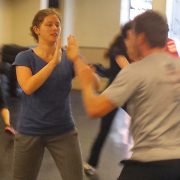 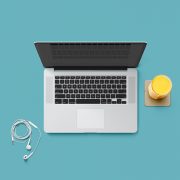 Self awareness for training

The truth about multi-tasking

The truth about multi-tasking
Scroll to top