Bently Biofuels started as a small, boutique manufacturer of biodiesel in the small town of Minden, Nevada. The source material was used cooking oil, collected by a small fleet of trucks from local restaurants. In 2013 the ownership made a move to expand dramatically, buying a large oil collection trucking business in the Bay Area. We had to comply with a complex, changing regulatory structure, and navigate a dynamic physical environment. Drivers moved quickly, had a lot of stops, and needed to record in detail how much oil they were collecting, from whom and where it was going. Routes changed all the time due to no shows, traffic and sometimes even theft. 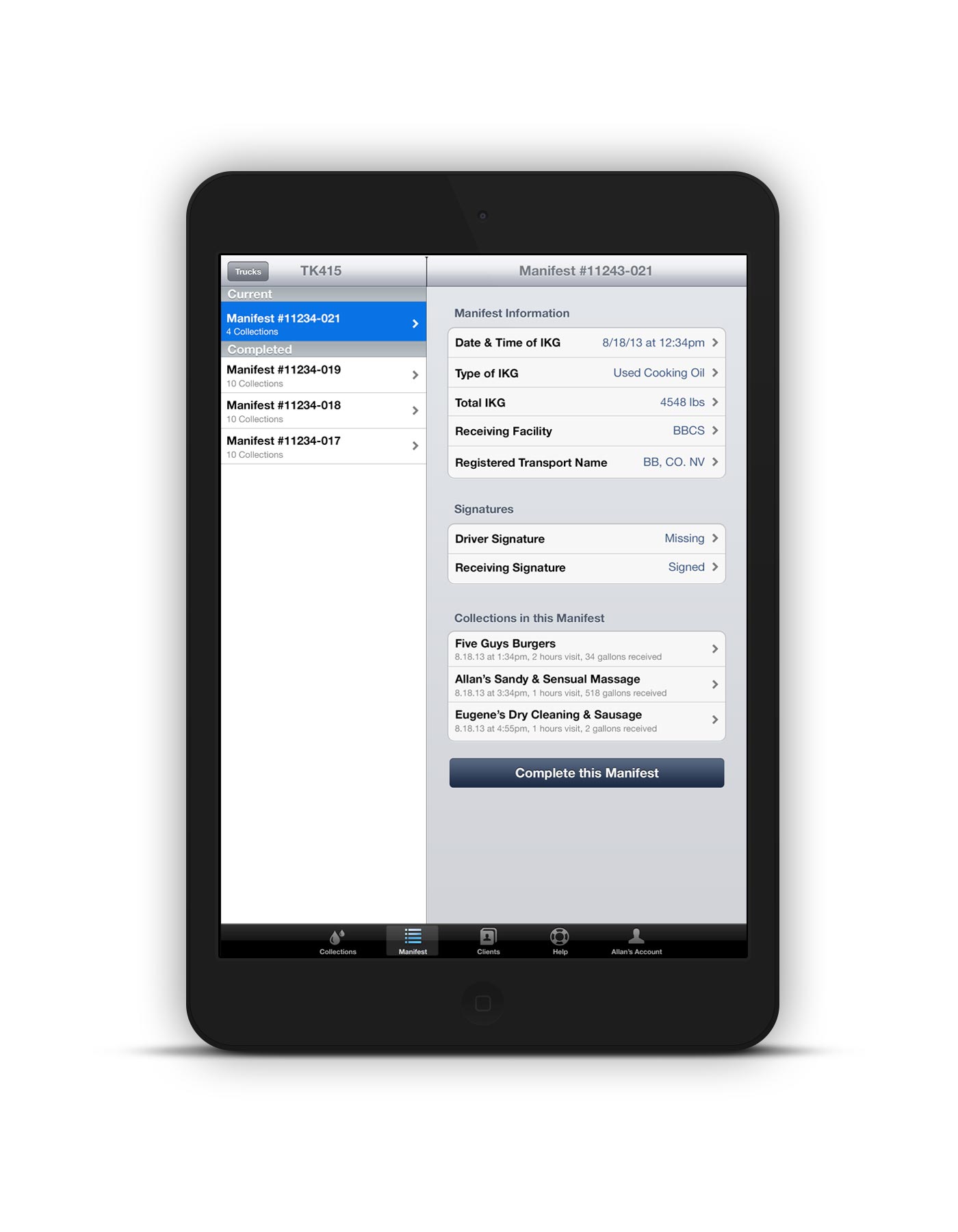 After managing the requirements gathering, design and build process, I also led the beta testing and rollout. I rode along with drivers, spent hours observing activity in the regional offices, and pored over the databases each region used so we could consolidate them into one capture and reporting application. At the same time, we were merging two company cultures and operations. My role ended up being one of diplomacy just as much as software development.

With two developers, we created an iOS app for iPads that could be carried by drivers to swiftly and accurately record their oil pickups every day. This data fed into a web app that the home offices could observe in real time. Records included fields such as customers, addresses, volumes, and signatures. The mobile application framework shared data between iOS devices and the web app, and stayed in sync in real time with contingencies for going offline.

“Peter is openly empathetic to the needs and desires of his coworkers and respective contractors. His queries are drawn to solutions that meet not only the technical standards of the problem at hand, but the needs of the people involved in the project.”